Here´s a timeline with all known cars that Shaggy previously called or calls his own.

In 2019 he gave a interview to the Sunday Times for their 'Driving'-column, in which he gave Information on his cars of the past decades.

... says Shaggy in that deep, percussive voice, familiar from No 1 singles such as Oh Carolina and Boombastic. “These neighbourhoods were ghettos. No one I knew had a car. My parents were bus people like everyone else.”

That didn’t stop the young Orville Richard Burrell falling in love with cars, though. He’d covet customised Mustangs and Cortinas in the capital, Kingston. “A guy called Natty owned the Cortina. Wide rims, great paint job, big fenders. Beautiful car,” the 50-year-old recalls, with a glint in his eye. “That’s when you start dreaming: ‘One day, I’m gonna get a car like that.’ ”

As a teenager, he moved to Brooklyn, New York, living with his uncle, who owned a Ford Escort (the American version). “When my uncle was out, I would steal his car,” he says with a raucous laugh. “I taught myself how to drive a stick shift [manual] on his street. He never suspected a thing until I crashed into a lady’s car one night. I was 17.”

Shaggy — the nickname comes from the character in the Scooby-Doo cartoon — was making music but money was tight, so he enlisted in the US marines. He picked up a Toyota Celica from a forces buddy. “I was stationed in North Carolina and driving to New York on weekends so I could cut my records. I soon realised you can’t keep your foot to the floor for an 18-hour return journey. The engine blew up. Spectacularly.”

His military service ended in 1991 and shortly afterwards he landed his first proper record deal. “At the time, I was driving an old Volvo 340. I looked at it and said, ‘Sorry, you gotta go’. I walked into a BMW dealership and got a white 5-series. Then I paid $10,000 for the best stereo I could find. I remember turning it right up, then getting out to see how loud it was. The numberplate was vibrating.”

Oh Carolina was his first hit, in 1993, followed by Boombastic in 1995 and It Wasn’t Me and Angel in 2001. The singer divides his time between America and Jamaica, and has recently been touring with Sting. He has two sons by a former girlfriend and three daughters with Rebecca Packer, whom he married in 2014.

He’s lost track of all the “nice” cars he’s had. “At one point, I owned about 20. There’s usually a Porsche in a garage somewhere — I’ve just bought a Cayenne. There’s the Beemer [an M3] in my New York garage. It belongs to my tour manager, but I think of it as half mine because I helped him restore it in my backyard.”

Shaggy is about to embark on his own restoration project. “I’m bringing my 2000 [Mercedes] G-Wagen convertible to New York and it’s going back to showroom condition. I bought it off a guy in England and took a big roll of money. The guy said, ‘Wait up, I’ve got two telephone bidders’, then came back and said, ‘It’s yours’. I asked who was on the phone and he smiled, ‘Jay Kay [of Jamiroquai] and Eric Clapton’. Every time I see Jay Kay, he says, ‘You bastard, you’ve got my car!’ ”

As an international superstar, Shaggy´s often been driven to events or the red carpet with the best cars in the world - as seen in Miami: Shaggy in a Maybach!

Shaggy is known as a family man. Therefore, it is paramount to him to celebrate important celebrations surrounded by his loved ones.

First and foremost mentioned are of course his birthday and christmas. Especially at Christmas, he spends every year about 2 weeks with his family at the villa in Jamaica, where the feast is celebrated extensively, as the following pics impressively show:

A reason, why Shaggy isn´t able to spend every birthday with his family is, of course, the job. At his 42nd birthday, Bacardi throw a huge birthday party for Shaggy in Sydney- of course not without their own use. Bacardi applied with this campaign to his vodka brand  "42 Below". Shaggy gave a concert, did a Meet&Greets and there was lot of PR on the social networks. Some impressions are right here:

Shaggy celebrated his 50th birthday on 22/10/2018. One of the first well-wishers, of course, was shaggyfan.com. He was very happy about the gift basket with lots of gusto pieces that meet Shaggy's taste. And, he honors his gifts, as the pic of a showcase in the Ranch shows: The oversized Zippo lighter with a hemp leaf printing now adorns the dining area of the recording studio :-)

One of Shaggy´s favourite jewelry-shops is the one of Chris Aire in Beverly Hills. Chris Aire supplied Shaggy for a long time now with sumptuous rings, bracelets watches and many more. Shaggy has his own, distinctive style!!

Without doubt, Shaggy also has an infallibly good taste when it comes to jewelry. Chris Aire reacted very emotionally to a posting on all_about_shaggy on Instagram (see picture on the left). 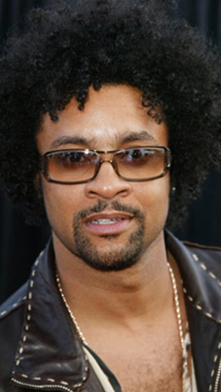 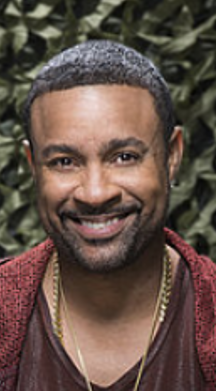 Who would not be interested in how Shaggy´s living inside his Villa? No prob- Here are some photos!

Beside that, Shaggy owns a second estate in Coconut Grove, Coral Springs.

Shaggy is describing his house in the following words: " My house is in Kingston, I have a very traditional home, colonial style, we're talking huge windows, wooden floors, and 11 bathrooms. My latest place is in Coconut Grove, Miami; it's smaller, there's less furniture, 'cause I kinda got into feng shui. Less is more."

Shaggy chose Florida as his second home many years ago. If he was in Coconut Grove until 2020, he has moved to Miami since spring 2021.

Also Shaggy has to stay in shape. That´s why he has a personal trainer - Kyle Anderson. He is the inventor of Elitist-Sports (check it out unter www.elitistsport.net) and trains Shaggy at his home or even on tour.

His statement: "During my career, I have been fortunate enough to train a variety of interesting and well-known people. I have gone on tour with diamond-selling recording artist Shaggy. Let’s face it, even “Mr. Bombastic” himself has to stay in shape and when he needs to do so, he calls on Kyle! In addition to training sessions at Shaggy’s home, I helped him to keep in great shape while traveling all over the world."